Mozart, a desert safari and a heritage village

It’s been a busy month, March. But a nice kind of busy. Because it involved trips and new friends and achievements all coming together in a happy blur. And speaking of achievements, can one regard not having stepped into a mall in a whole month as a minor feat?

Mozart in the oasis

A couple of years ago, my travel wishlist had the following entry:

I never really did much more than pen down that entry and entertain a vague hope. But I never imagined the universe would conspire (as Paulo Coelho would say) to bring Mozart right next door to me.

The Mozart Festival in Al Ain, Abu Dhabi, was magnificent for more than several reasons. To begin with, the setting was incredibly scenic: Al Ain is popularly known as the Garden City. But what was more enthralling was that the concert was staged at the Al Jahili Fort, which dates back to the 1890s. Listening to the Vienna Chamber Orchestra play the finest compositions of the prodigious composer who died when he was barely 35, was an experience that can best be described as magical. Speaking in a droll Japanese-Italian accent, Joji Hattori, the Japanese conductor attempted to add some humour as he introduced each of the pieces. The 1500-strong crowd tittered on cue. But the highlight of the evening was the Lebanese singer, who along with a few local musicians and the Vienna Chamber Orchestra did a soulful tribute to Mozart. 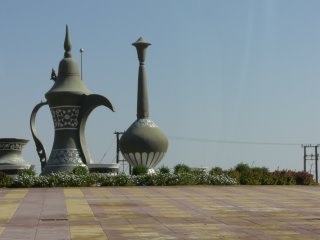 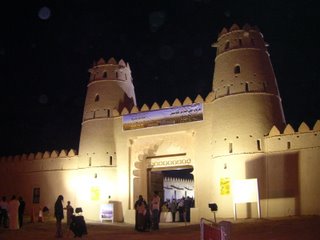 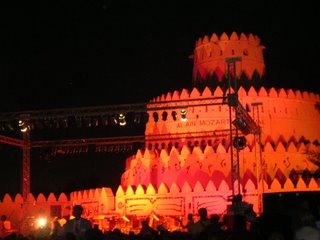 The stage is set for Mozart 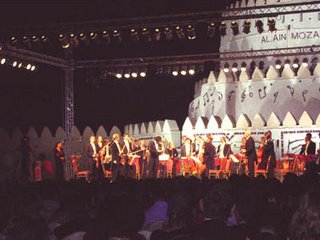 Hey , your blog information is very nice & its very important for kindly update your blog daily , thanks.

This is beautiful culture...i like so much you culture.And Desert Safari Dubai has many cultures.
Desert safari

this blog is very nice with good information kindly share your thought about DESERT SAFARI IN DUBAI i love traveling.

Tours in Dubai it is nice and great place where you can enjoy..

desert safaris Dubai is one of the best place..