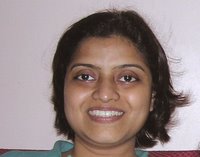 Preeti’s struggle came to an end yesterday morning. With odds as great as the ones she faced, she still held her own for 57 days. We believed that she had turned the corner. We hoped that she would come through; we hoped that her struggle wouldn’t be in vain.

But hope is no match for fear and prejudice and the uncertainty of waiting.

A crisis doesn’t necessarily bring people together. And try as you might, you cannot make people see what they don’t want to see or what they’re afraid to see.

We did our best for Preeti, but doing your best doesn’t mean you will get the results you want. Our little consolation is that we never had to ‘make a decision’ for Preeti. She chose her own moment of passing on.

Someday we will accept the unfairness of it. Someday we’ll see the perfection in this.

Until then we will accept that this is what is best for Preeti.

The ties that bind… and choke

“We’re praying, there will be a miracle,” I’m told, each day, by relatives, friends, well wishers, even the lift operator in the hospital.

I smile at them gratefully, not wanting to contradict them. The truth is we’re witnessing miracles each moment, each day. We’ve lost count of the ‘magic moments’ we’ve experienced in the last 49 days.

* Countless people writing in to say they’re praying fervently - for a girl they’ve never even met.

* Family and friends rallying around with financial assistance.

* Superlative doctors, nurses and hospital staff, who’ve taken to Preeti like their own.

* Preeti’s awesome defiance of all predictions, diagnoses and statistics.


And in the middle of it all, there’s one more miracle which still has me blinking in disbelief – the ‘blog’ has entered my family vocabulary!

“Leela!! Unplug yourself from that blessed computer!!!”

“Leela!! When are you going to update your blog?”


At first I read out each comment on the Preeti posts to all at home. Now, I don’t need to. My blog is checked; each comment is read and marvelled at. “Such wonderful people, these bloggers!”

My blog has been shared with the extended family as well. And from there, it has found its way into yahoo groups, mailboxes and newsletters. I was pleasantly surprised to receive a mail from someone in Pakistan who said he and his family were praying for Preeti.

The spike in traffic has Spaceman Spiff working overtime to ensure that it doesn’t blow a hole through his precious programming.

I can’t help marvelling at the unlikely blog evangelism. My aunt, a school teacher has only recently acquired a computer and is still familiarising herself with MS Word. That hasn’t stopped her from reeling off the blog url to the Principal of her school. My mum cheerfully shares my blog with anyone who cares to listen and has recently discovered the thrill of commenting. Better still, of receiving replies to comments.

A couple of days ago, my mum called up an elderly pastor who runs a prayer group. In between the discussions about Preeti, my mum couldn’t help bringing up her favourite topic…

Mum: Did you know my other daughter has a blog?

Elderly pastor: A block?? Oh dear. Not to worry, we’ll pray for her too…


A special welcome to the family in Dubai, Toronto, Calgary, Mumbai and Delhi… this one’s for you
Signed, Leela A at 1:54 am No comments:

In my last update, I shared that Preeti was out of ICU. But even before we could start breathing easy, we had a ‘situation’. Preeti BP & heart rate shot up and she stopped breathing. She had to be rushed back to the ICU. The doctors sounded grim, “It could be a sign of further brain damage.”

Oblivious to these predictions, Preeti stabilised in the ICU. As if to prove the trip to the ICU was nothing more than a whim. Three days later, we were back in the room; better than before.

Now, her head moves slightly, she reacts sharply when we massage her still swollen ankles. And her toes twitch when we tickle her soles. (Pleomorphous, tickle stimuli works for adults as well…) But the most promising sign has been the eye contact. We hold up a picture of Alison and move it from one side of her visual field to the other. Her eyes follow every movement of the picture. “This is definitely not an involuntary movement,” says Dr. Thomas, amazed.

We eagerly look forward to more.
Signed, Leela A at 1:53 am No comments:

She sits hunched in the wheelchair at one end of the hospital corridor. The attendant stands in front of her, not looking at her, not even when she gets a coughing spasm. Her thin frame heaves uncontrollably and her hacking cough echoes down the corridor. The spasm subsides and she noisily draws up the thick phlegm to the back of her throat. The silent corridor magnifies every sound. Although her back is towards me, I can tell her mouth is full of phlegm and that she’s readying to spit it out. Where, I wonder, horrified and fascinated? She pulls out a metal tiffin from a plastic bag on her lap, opens it, and forcefully expels the contents of her mouth into it. I look away before my eyes fall on the contents of the tiffin. The tiffin clangs shut and is pushed back into the plastic bag. The attendant stares ahead fixedly. A few minutes later she’s wheeled past me, down the corridor, and I see her wan, lined face, with tired eyes. I smile tentatively. She regards me suspiciously as she’s wheeled away, her hands still clutching the tiffin box.


The sounds and images of that encounter in the hospital two days ago keep coming back to me. In the last five weeks, I’ve encountered a certain kind of reality relentlessly. I’ve come up close and personal with mortality. I’ve even lain awake some nights speculating what keeps me alive, when, at any given moment, so many things can go wrong. I cannot even think about the old woman with the tiffin and say, ‘There, but for the grace of God, go I,’ without wondering, with some trepidation, what’s in store for me.

Have I become a pessimist? Or am I finally accepting reality? I once told a friend that I had no fear of dying, just an ardent curiosity. I hadn’t factored in the process, I now realise. There’s a certain indignity about sickness; a vulnerability and abasement. Lying prone on a hospital bed, strung up with wires, tubes and needles, with strangers poking and prodding you, can prove helpful in divesting you of your ego; of your notions of invincibility.

As I do my turn outside the ICU, I scan the faces of those who’re brought in on wheelchairs and gurneys. How do they deal with the mortification wrought by illness? I recognise those who come in for their bi-weekly dialysis by their spindly legs and bloated abdomens. For some, it’s a well established routine; there’s a look of silent resignation and acceptance as they’re wheeled in to the Dialysis Room. Some bow low hand on their heart or touch their fingers to their forehead as they’re wheeled past the Prayer Room, adjacent to the Operation Theatre.

One elderly gentleman would regularly enquire about Preeti before entering the Dialysis Room. And then he’d say, ‘When they put those two big needles into my hand, I’ll offer it up for your sister.’ It struck me later that it was his way of transcending the indignity of suffering. By thinking of someone worse off than himself in his moment of agony, he’d cocked a snook at infirmity. And the more I looked, the more I began to see the quintessential human spirit triumphing over the human body.

One woman, also on ICU duty, was full of suggestions of what we could do for Preeti. She insisted I try Crystal Healing therapy, and offered to set up an appointment with a healer. She was adamant that we sue the the family doctor who had misdiagnosed Preeti. She also offered to read Preeti’s horoscope, although she admitted that she’d given up the practise. A little later I learned her daughter was in the ICU with renal failure; the third time in as many months. The girl’s hospitalisation had resulted in a broken engagement. She also told me that her husband had Parkinson’s disease and was in a nursing home. The irony of her healing and soothsaying suggestions was unmistakable, but her desire to reach out was palpable.

Another unforgettable image was that of an elderly couple who came to the Dialysis Room each week. The old man wheeled his wife in and waited outside on the uncomfortable chairs for four hours while she underwent dialysis. When she came out, her face contorted with pain and fatigue, and with the catheter sticking out of her neck, he unfolded her dupatta, drew it over her neck and shoulders, and bent down to tie her shoes. He then held her hand while the attendant wheeled her to the elevator.

The hospital isn’t quite the forbidding, depressing place I once thought it to be. It seems to bring out the best nature of so many people.

There are light-hearted moments as well. On one occasion, I was padding around barefoot in the ICU with the medicine tray, when the doctor glanced at me, and began making small talk. Suddenly, she asked, “Which standard are you in?” Now, I’ve been asked ‘Which college?’ before, but not in such incongruous surroundings. Besides, ‘standard’ reduced me to a schoolgirl, which isn’t quite as flattering. Worse still, the doctor looked like a teen herself, and had it not been for the stethoscope, I would have pegged her for an earnest accountant type. Still, indignation expressed, I tiptoed out of the ICU feeling more than a little chipper.

A couple of weeks ago doctors recommended that we talk aloud to Preeti, reassure her of our presence, play her music etc. in the hope that something might trigger off an awakening. We began telling her about how we believed in her, about the prayers and good wishes of all the people, about how her vital signs were improving. One visitor taking the cue from us began telling her, “Yes, Preeti, you are doing really well. Your vital statistics are improving…." I couldn’t keep a straight face for a long time.

Someday I hope Preeti will laugh at this too.

As of today, Preeti’s condition has been deemed stable and she’s been moved out of the ICU to a private room, where she’s being monitored around the clock. She’s still in a coma, but there are minuscule responses. She opens her eyes intermittently but it’s a vacant, unfocussed stare. Her mouth moves occasionally and yesterday I caught her yawning. She responds to pain stimuli (which doctors and nurses demonstrate by pinching her with remarkable alacrity. We hope for more than one reason that she begins moving her limbs soon.)

I began writing about Preeti, three weeks ago, as a catharsis of sorts. I also hoped that a few prayers and good wishes would come her way. To say, I’m overwhelmed with your response, would be an understatement. A heartfelt THANK YOU to all of you who’ve left comments, shared your experience, written to offer support, and all of you who’ve spread the prayer request through your blogs:

(I hope I haven’t left out anyone. Write to me - dotdotdot@gmail.com)
Signed, Leela A at 1:50 am No comments: