2009 was the year I got introduced to the graphic novel and leaped into a torrid love affair with the same almost immediately. I was extremely fortunate to have friends with a common passion which meant that I got some of the best novels without spending a dime.

Apart from graphic novels, there were other books I enjoyed. And thanks to Twitter I managed to keep track of my reading this year. Here’s a list of all the books I read (not as many as I’d have liked!) this year. Just for the record (in descending order) 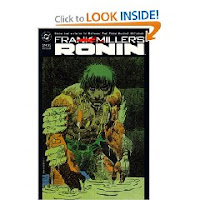 Sci-fi meets samurai in this tale of revenge, corruption and high-tech gadgetry. I found the story a bit hard to follow, but it has one of the best love scenes I’ve come across in a graphic novel.


2. THE NOT-SO-VERY-NICE GOINGS ON AT VICTORIA LODGE - Philip Ardagh 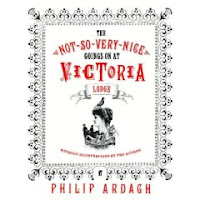 Ok, it doesn’t really count as a book, considering it’s just a few pictures and funny captions thrown it. I finished it in 4 minutes flat. But couldn’t bear to leave it out of the list. 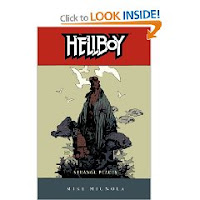 I liked the movie, but this book in the series was just too bizarre for my liking. 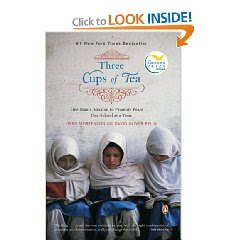 Fantastic, inspirational book about how broken dreams (climbing K2) can sow the seeds for something far more monumental (schools for Pakistan’s deprived children). 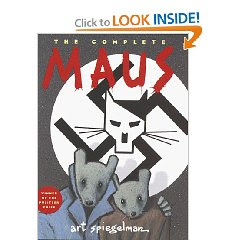 A hauntingly brilliant graphic memoir of the Holocaust. Art Spiegelman captures his ageing father’s account of surviving the Holocaust, and in the process shows what it’s like to ‘survive the survivors’. I couldn’t stop thinking about it long after I finished reading it. 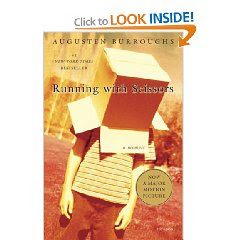 Outrageously outstanding. Reading about the author’s bizarre childhood with a kooky mother and her nutjob psychiatrist, was enough to make me go on my knees and thank God for my ‘normal’ childhood. Written with a rare wit and candour. 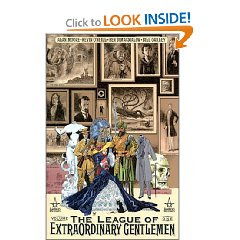 Neat story, interesting characters. It’s quite cool to find the protagonists have their dark sides. One’s an opium addict, another uses his ‘invisibility’ to mess about in a girls school, a third is a rumoured lesbian. 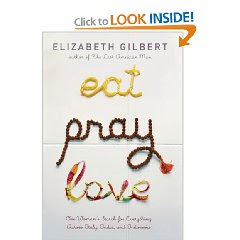 Not being one for ‘chicklit’, I resisted reading this book for a long time. But when I finally did, I found it quite likeable. It also came to me at a time when I was restless and looking for a change in life, quite like the protagonist. Change did come, not quite as I expected. But that’s the topic for another book… 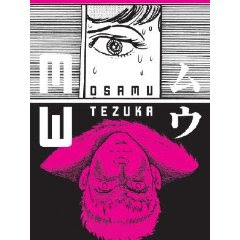 Exposure to a deadly chemical renders one of the characters morally corrupt. And the other protagonist, a Catholic priest, spends his life trying to cover up for him. The story is rife with homosexuality, rape and other deadly sins. Simply brilliant. Amen. 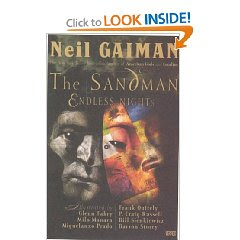 Seven fantastic stories, each about one of seven immortal siblings – Dream, Death, Destiny, Destruction, Despair, Desire and Delirium – collectively known as The Endless. If you read nothing else by Neil Gaiman, read this one! 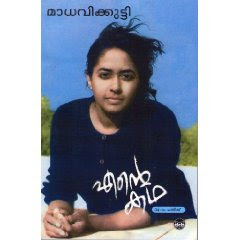 Her poetry shines through her writing, and even the mundane details appear grand. Loved her story and her sass in standing up to a chauvinist society. 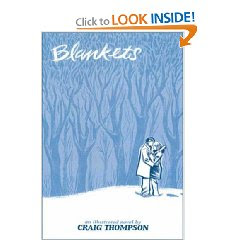 A coming-of-age tale about love, Jesus and redemption, beautifully drawn.

Iranian women talking about their love and sex lives. Gutsy and funny. 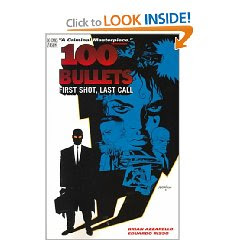 If you could get away with murder and revenge, would you do it? Delicious dilemma and each of the 100 stories hinge on that decision. Of the 3 stories (bullets?) in the book, I liked only the first one. The rest got a bit repetitive. 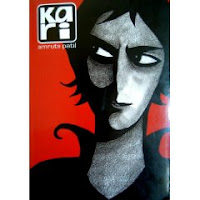 Dark and dense. It was hard to tell where fantasy ended and reality began. But that was what added to the intrigue of Kari. Saw shades of myself in the lead character (not the lesbian bits, ok?) 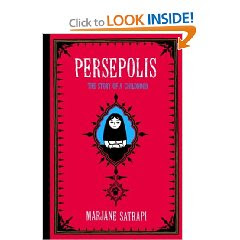 I read it with my jaw on the floor the whole time. Satrapi’s graphic novel of growing up during the Revolution and how it shapes her thinking. The details are stunning, especially her memories of people. Persepolis is a thing of beauty… 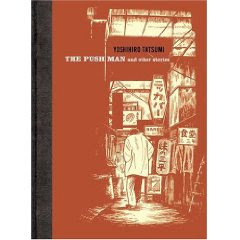 Dreadfully bleak stories of depressive Japanese middle class people stuck in dead-end lives. I couldn’t get enough of it. I read the book twice! 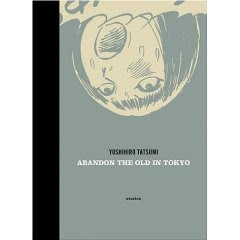 You pass them by on the street and don’t spare a second thought. Tatsumi does, and that’s what makes his stories so compelling. Ordinary people, devious lives. 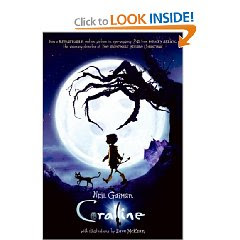 Am glad I didn’t read this story when I was growing up. Downright scary! 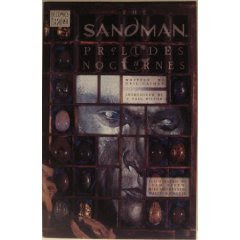 My first encounter with Gaiman. Although it took me a while to get ‘into’ the story, I enjoyed the trip. Unlike anything I’d read before. Looking forward to reading the rest of the Sandman series.


22. HALF OF A YELLOW SUN – Chimamanda Ngozi Adichie 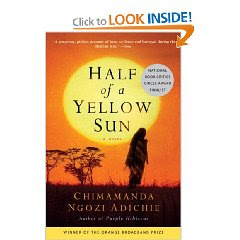 Heard her speak at the Emirates Airlines International Literature Festival 2008 and came away impressed. Read her book and was further impressed. Hadn’t heard of the Biafran War until I read the book. 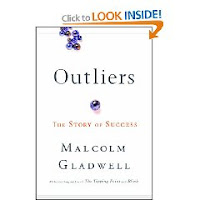 Geniuses aren’t born, they’re made. By society, by fluke, by bloody hard work. That’s the essence of this very unputdownable book. 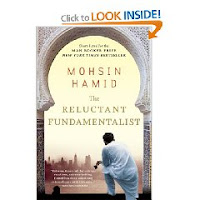 Or How A Terrorist is Born. A little gem of a book. The love story is very sensitively etched. 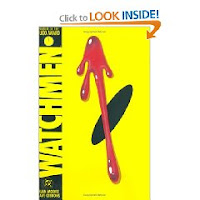 My baptism into the bewitching world of Graphic Novels. What I learned: not all superheroes are good and noble.
Signed, Leela A at 2:40 pm

I am a niel gaiman fan too :). have read most issues of the Lucifer series. sandman's next on the list.

also want to start reading malayalam lit.. big problem is the very limited vocabulary. can't understand half the words in a proper song.

wow! I'm impressed with the range of books you've read. Of course, I don't read all that much, so I've not heard of any of the books you've talked abt (other than Persepolis and Coraline, only cos of the movies, the latter which i haven't seen yet!) Don't tell me you got these at Magrudy's?

Most impressive that baptism :)
and a quick comment on eat, love, pray.. sometimes we are ready for change (though not quite envisaged as we want it) and a book like this acts like an enabler. You prolly already know this.. but felt something similar last year, albeit without the book. Though read this book last year only.
Sorry for the long comment, but do see her (elizabeth gilbert's) video on ted.com. Quite eye-opening and better than her book. IMO.

Kaa: Have just finished Book One of the Sandman series. Very impressed. I happened to browse through the Lucifer series at Landmark recently. Looked good, thanks for the reco.

Btw, I don't read Malayalam. I couldn't find the English cover for 'My Story', so I put the Malayalam one instead. I can imagine the writing's more beautiful in the original language.

Sonia: Well, some of them from Magrudy's, but most of the graphic novels from friends. In fact, most of the books I read last year were pillaged from friend's collection. And this despite having a sizeable collection of my own. Hmm... I wonder why :-)

Janaki : Thanks for the long comment. You're quite right about 'enablers'. I like to think of them as companions and messengers. I've seen Liz Gilber on Ted. Loved it. In fact that's what got me to read her in the first place. Do come by again.

Well Kari, Half of a yellow sun and Persepolis match. Haven't read the rest. Loved Persepolis so must get my hands on Embroideries. And I'm so glad to see you writing rather regularly these days :)

Beena while since I read your blog. Saw the post on graphic novels and couldnt stop myself from commenting :)

Sandman;s great...read the whole series! But a loose thread in Book 3 regarding Lucifer is picked up by Mike Carey in his own series Lucifer which is absolutely amazing!! Pick that up if you get the chance...

If you liked Ronin, you might like some of Frank Millers other works most notably Dark Knight returns (Christian bale couldnt truly do justice), Sin City and 300 (which are very accurately depicted in the movies) .

100 Bullets is part of a much larger story arc - Book 1-2 are all similar, but after that the story really starts tying together.

If outliers was your first Malcolm Gladwell, read his previous books...dont read his altest ie what the dog saw...i found it too arbid...then again i found hitchhikers guide also too arbid for my taste