Around the world in 3six5 days 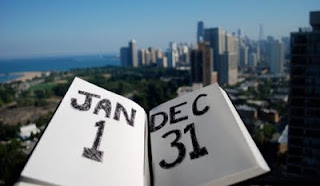 Imagine a diary of 2010 written by 365 different people from 365 different corners of the world. And you'll have an idea of The 3six5 Project

The brainchild of two self-professed geeks from Chicago Len Kendall and Daniel Honigman, The 3six5 Project is a social experiment of sorts, to create 'a crowdsourced journal of 2010', which may (or may not) be turned into a book.

My first thought on coming across the project was, 'I've got to be part of this!' But first I had to convince Len Kendall about the 'unique perspective I could bring to this compilation'. I wrote that I looked forward to sharing about 'life in a city with the world's tallest building, richest horse race and the largest pair of chopsticks (22 ft., as recorded by Guinness Records!)'.


Perhaps, Len was really impressed by the ginormous chopsticks, but it turns out I'm going to author August 2, 2010.

There are still a few 'dates' left, so hurry over and pick one. Email the3six5@gmail.com with a short bio of yourself.
Signed, Leela A at 1:41 pm

Glad to have you on board, Leela! Look forward to working with you.