Musings on moving in

1. Real estate in Dubai is a myth. A few days of house hunting and one begins to conclude that all that’s available is unreal estate – take it or leave.

1.1 The place that you fall in love with at first glance will be hopelessly over your budget. It will take a truckload of rationalizations before the emaciated wallet looks at you less accusingly.

1.2 You may have crossed out an apartment from the list, but you will not be able to forget the sight of that family of 4, holed up in one cramped room, and letting out the other room. You will also be told that it’s the least of all the horrific stories others have heard and encountered. And you will feel grateful and guilty.

2. Sharing a flat with a German couple and two Indians from Kerala can prove mildly entertaining. You soon notice quirks which leave you chuckling, such as the German guy brushing his teeth after he’s dressed for work, or one of the Indian guys powdering his face. (Yes, I’m still the wicked girl-next-door.)

3. A rug in the middle of the room can make the room friendlier. But nothing quite like a bookshelf to make it feel like home. 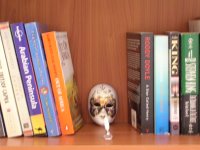 4. You may long to throw open your curtains with a flourish and let the brilliant sunlight in, but you cannot eject the thought of a binocular-toting weirdo in the opposite building, from your mind.

5. You can make polite conversation with one of the Indian flatmates for a few seconds, before he assumes it’s ok to ask why are you’re living alone and not married, and if you don’t have plans to ‘settle down’. Sigh. You can take the Indian out of India but…

6. Hitchcock slipped up on his research. There is, verifiably, something more sinister and spine-chilling than getting murdered in the shower. And that is discovering a cockroach – a huge, menacing flying cockroach – on the shower curtain. It’s possible that your shriek could have weakened the building’s foundation. If there’s a choice between never stepping into the shower again and enduring the flatmates’ snickering for asking them to kill the creature for you, the latter is preferable. You at least have the satisfaction of knowing you’ve rid the world of one evil terrorist.

7. Women are from Venus; front-loading washing machines are from Jupiter. Perhaps you’ve misunderstood the German flatmates’ instructions – but one doesn’t start out spin drying the clothes and then washing them. (Or is that the vay it’s dun in Germany, eh Parmanu?)

8. When the friendly restaurant owner calls you up three times after you’ve placed a dinner order and gives you four missed calls the next day, you know it’s time to find a new takeaway.

9. A walk along the creek-side promenade (which you discover is within walking distance of your place) is the best prescription for a restless mind. Watching the plain wooden abras (water taxis) and the showy dhows bobbing lazily on the blue-black waters, hearing the adhaan in the distance and feeling the cool, salty breeze on your skin, can weave a magical spell around you. The magic will fade a few moments later when two women will plonk themselves on your bench and make perfunctory conversation. You beat a hasty exit, suspicious and confused by their over-friendliness, but you decide ‘better safe than sorry’ is the way to go.

10. You can try, but you will not be able to repay the kindness of the aunt who checks up on you twice a day, takes you grocery shopping every weekend, lends you pots, pans and a willing shoulder, and doesn’t interfere with how you live your life. You can only hope to pay it forward. 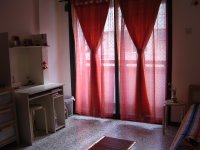